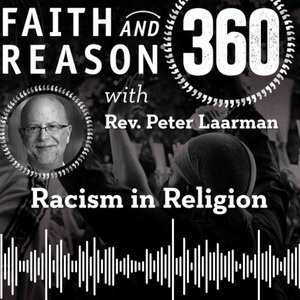 David, Debo, and Catherine Young talk with Rev. Peter Laarman about structural racism in America and how that racism plays into religion.

Biblical tradition describes two very different Gods: a jealous God and a God of boundless love and kindness. Over the last 50 years, white American Christianity has been further degraded by the idea that God prospers people individually -- that it’s a transactional kind of religion. If you’re already at the point where you think of some human beings as less than, then you can easily find a way to make your God also think of some people as less than. This idea utterly contradicts the idea that God is supremely loving. You can’t have a God who consigns people to damnation on a count no fault of their own and a God who calls us by name.

Peter Laarman is a United Church of Christ minister who served as senior minister of New York's Judson Memorial Church and then as executive director of LA's Progressive Christians Uniting before retiring in 2014. He remains deeply involved in national and regional social justice projects touching on race, class, and religion.