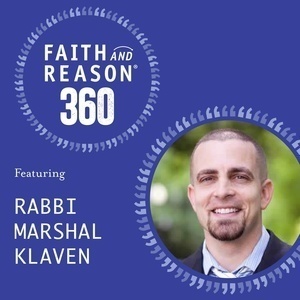 Like winter holidays of many other religions, including Christians’ Advent, Hanukkah emphasizes light during the darkest part of the year. The main Hanukkah observances are lighting a menorah (a ceremonial candelabra), spinning a top called a dreidel in a game of chance, and eating fried foods (to symbolize the oil in the story).

Hanukkah is an 8-day long Jewish festive holiday that commemorates an improbable victory, some 22 centuries ago, by the Maccabees, a band of Jewish guerilla fighters seeking to reclaim their land, their Temple, and their sovereignty from the oppressive rule of the Syrian Greek Empire.

The word “Hanukkah” means “dedication,” and it refers to the rededication of the Temple in Jerusalem which took place after the Maccabees’ victory in 164 BCE. Once the Maccabees had restored the Temple and re-purified it, the traditional story says that they sought to relight a lamp known as the “eternal flame.” But, according to story, only one day’s worth of consecrated olive oil could be found, and it would be awhile before more could be produced. No one wanted to light the eternal flame only to see it sputter out after a day, but there was also a deep spiritual desire to rekindle the sacred lamp immediately. The priests decided to light it and hope for the best. Miraculously, it burned for eight days until fresh jars of olive oil were finally brought to keep the flame alive. Hence, the eight nights of candle lighting for Hanukkah.

Rabbi Marshal Klaven completed Rabbinic School at Hebrew Union College –Jerusalem, class of 2009. He served as a chaplain in the U. S. Air Force, the Director of Rabbinic Services at the Goldring/Woldenberg Institute of Southern Jewish Life in Jackson, MS, and as Rabbi at Congregation B’nai Israel in Galveston, TX. Rabbi Klaven is currently Special Projects Coordinator at the York Jewish Community Center in York, PA, where he lives with his wife Christina Mattison, and their daughter, Ruby.