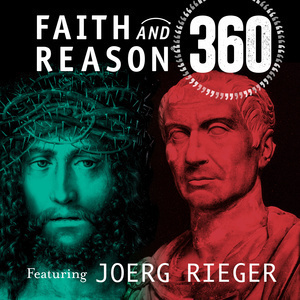 Dr. Joerg Rieger joins Debo, Ann, and David to discuss Jesus’s claim “the way, the truth, and the life” and how to understand that statement alongside alternate perspectives of truth. Different people can encounter truth in different ways, and that doesn’t mean everything goes; instead, Rieger says that as we negotiate truth, we must figure out where to broaden the picture and where to draw the lines.

The quest for religious truth has been both death dealing and live giving. It has been death dealing because blaming others has often led to real killing, as well as the exploitation and manipulation of other religious traditions in order to make one’s religion the truth. As far as life giving, this quest for religious truth has also led to all religions making an effort to change oppressive situations and figure out how one can use their religion to make a difference.

This then creates an interreligious dialogue. Ann brings up the question: what if people didn’t view religion as a sport, where they’re on a team that has to win, but instead as a language? Differences make a difference in how we move the world, so coming together to discuss different truths would benefit us and add to our knowledge of the world and the people around us.